What historical period would you most like to live in? In this 2-hour strategy, students are asked to identify a historical period which speaks to them and then to use Spark Video to create a "video tour" of the aspects of the period which catch their eye. This project asks students to develop their writing skills while also thinking creatively about voice and perspective.

Because Spark Video makes creating visually-appealing and well-organized videos simple and efficient, this strategy empowers students to experiment with content, tone, and humor as they develop their non-fiction writing skills. This strategy may be adapted for use with other Adobe products, such as Adobe Acrobat. 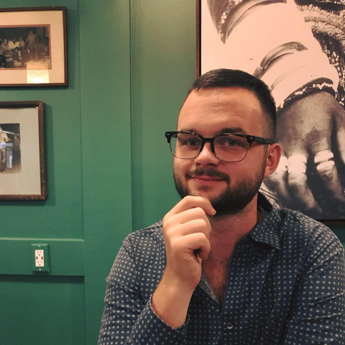 Students create a list of historical periods they would like to live in, list positive and negative aspects of those periods, and then select one to focus their video on. (20 minutes)

Students draft a script for their video and begin collecting images to use in it. (30 minutes)

Students create their Time Traveler video. They use these steps to guide them. Students can examine an example here, and watch tutorials here.  (70 minutes)

If you could live in any time period, which would you choose? In this strategy, you will select a historical period you would like to travel to. Then, you will script and create a short video identifying the aspects of the period you’re most and least excited about, and explain what you’d miss about leaving the present using Adobe Spark Video.

Spark Video makes creating visually-appealing and well-organized videos simple and efficient, empowering you to experiment with content, tone, and humor as you develop your non-fiction writing skills!

1. Brainstorm a list of historical periods you might like to visit or live in, listing at least five. For inspiration, browse the Wikipedia entry for History by Period. Try to make as varied a list as possible, including recent and ancient history, historical moments from your home country and from other parts of the world, and longer and shorter epochs as well. (10 minutes)

2. Using your list, jot down a list of three to five positive and negative aspects for each period, focusing on elements which either specifically pique your interest or which you think a general audience would be aware of or interested in. (10 minutes)

As you write, use this time to think about the tone you’d like to take in your video.

Once you’ve finished your lists, select one that you feel has the greatest creative potential.

3. Using your brainstormed materials from the last two steps, draft a video script narrating your choice and discussing the advantages and drawbacks of your “temporal relocation.” You are free to frame your script in any way you choose, fictional or otherwise: it could be a letter from you to your family explaining your decision to leave; a presentation to the board of the company financing your expedition; or an entry in the diary you kept after waking up one morning in a new time period. Your script does not have to be finalized, but rather should represent a “rough draft” of how you would frame your project - you can experiment with changing your sentences and rearranging the script as you edit your video.

As you draft your script, you may also find it helpful to include ideas about the images you’d like to use for your video, including photographs, drawings, or sketches. Make notes in your script document as you go. If you plan to use images from the internet, create a folder on your computer to save these images in one place for easy access later.

4. Open Adobe Spark. Use your script and sketches to create your video and record your voiceover, referring to the guidance section below for help. (70 minutes)