Students will gain a deeper understanding of the relationship between work and electric potential energies.

Today's warmup is focused on energy transfer (energy transfer warmup), though not involving charges. As I did in a previous lesson, I want students to be comfortable with the transfer of energy from one object to another, and with the ways in which we use the word "work" before re-introducing the more abstract notion of electrical charges and electric potential energy. The ideas of energy being transferred and being conserved are central to this unit and are embedded in many of the Next Generation science Standards, particularly HS-PS3.

The problem is revealed on the board and students may work individually or in small groups. I move through the class, checking in with each student to assess depth of understanding and identifying any conceptual problems. As there are several parts to this problem and students must make conceptual links between the parts, I provide a few extra minutes of time and discussion before calling time to review the solutions.

Prior to this class, students have been preparing simple, short demonstration of electrostatic phenomenon. In a previous class, they rehearsed and some students volunteered to show their demos today.

I have asked students to take on this task for a variety of reasons. First, one of my failings as a teacher is that I am terrible at demonstrations! Second, and more importantly, students both enjoy the process of finding and prepping a demo but also seem to internalize many of the fundamental concepts of charges while doing so. As a related note, the sense of fun and playfulness that accompanies this exercise goes a long way toward creating student ownership of the classroom.

Here, a pair of students charge a rod and use it to repel and attract a balloon suspended by a string. 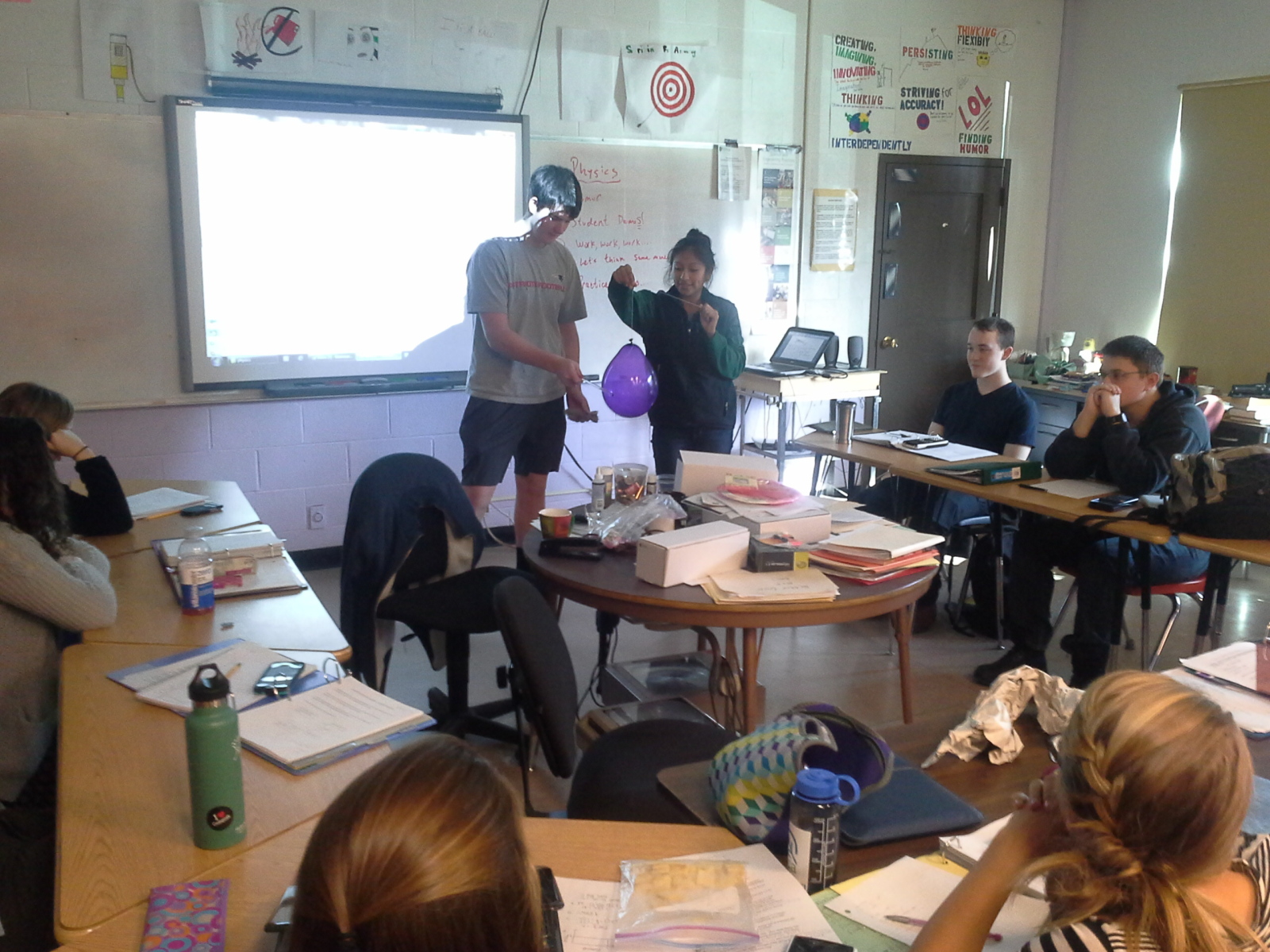 The next two photos show two girls demonstrating that a straw can be made to spin if "chased' by a charged rod or balloon. They attract and repel the straw with the two different charged surfaces. 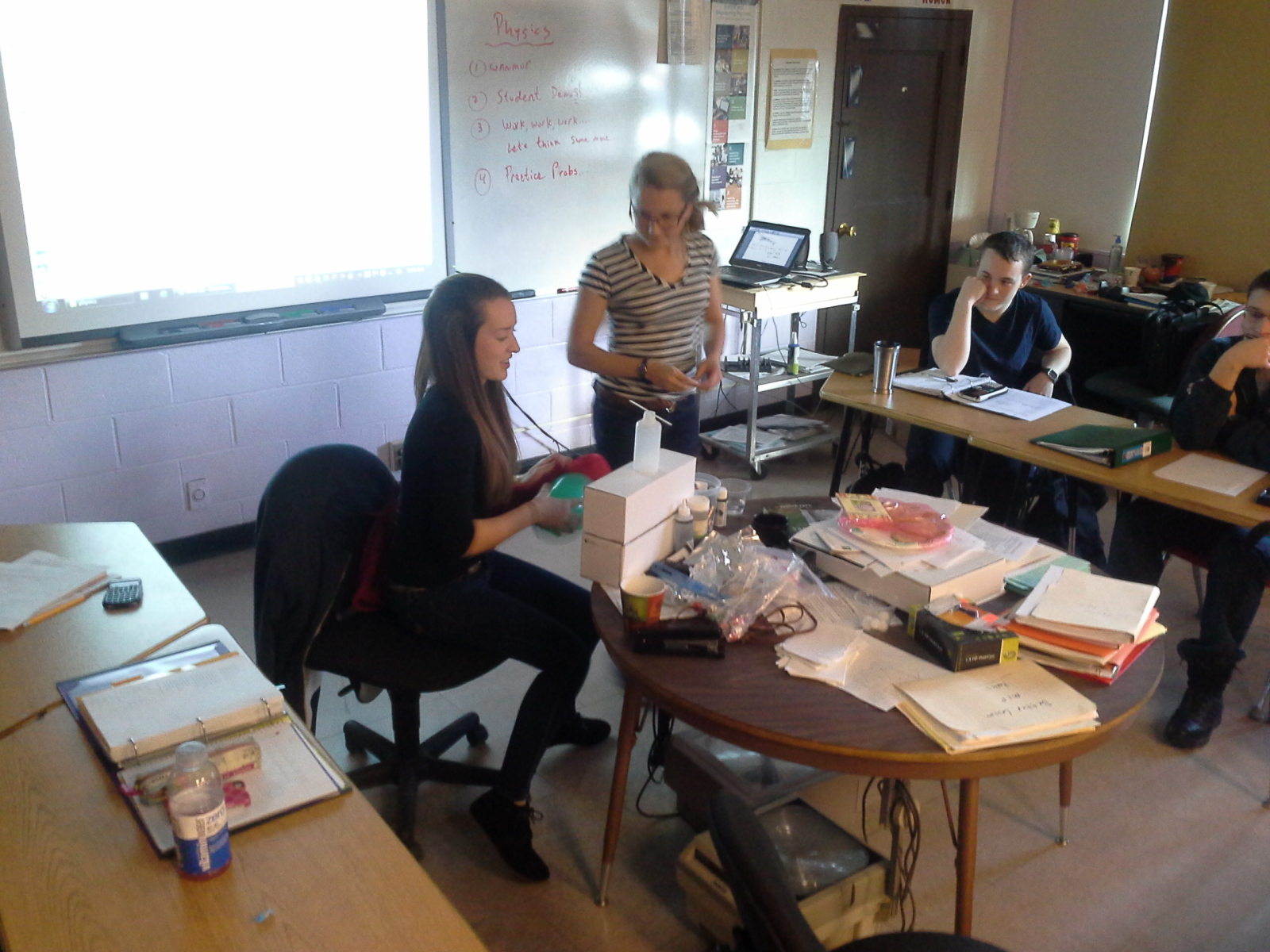 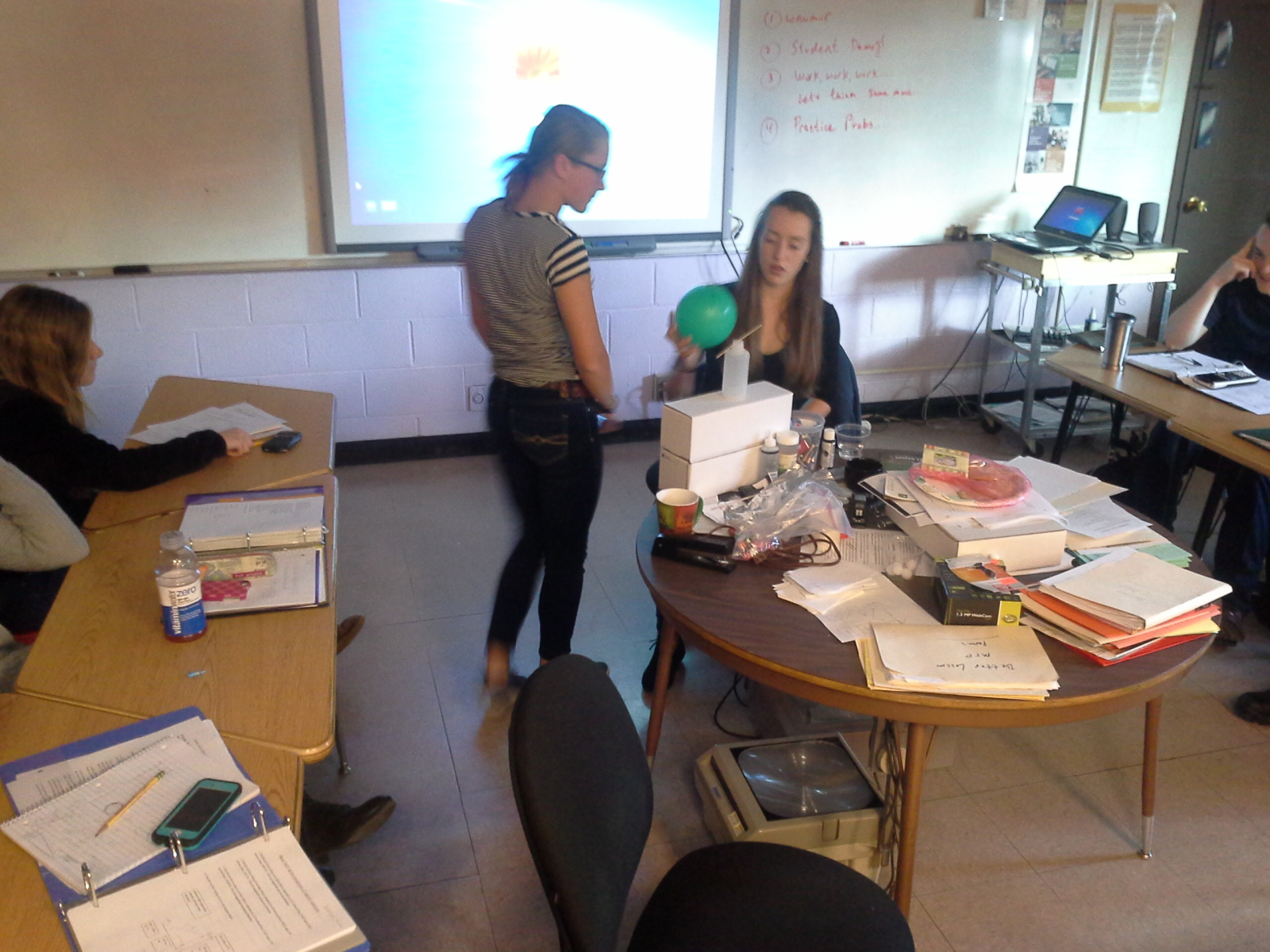 Finally, a boy keeps a small piece of paper suspended by charging a balloon and keeping it underneath the paper. 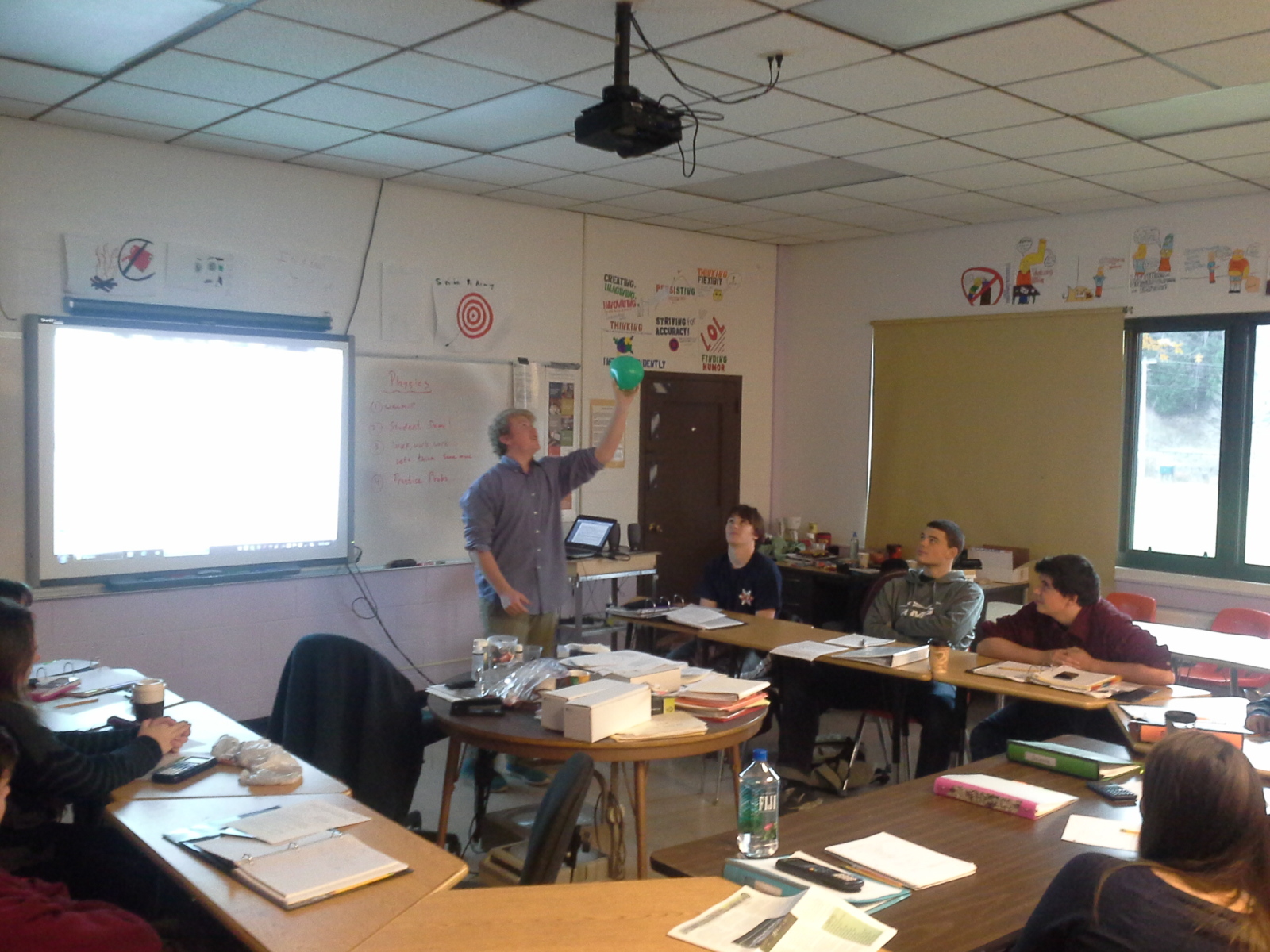 In each case, students provide a qualitative description of the role that charges play in creating the demonstrated reactions.

Review and Extend the Concept of Electric Potential Energy

After the demonstrations, I gather students back to their seats and provide some thoughts at the Smartboard. I present students with an argument by analogy in order to guide them toward our final thought about work with charges. The 'argument' is this: if by calculating the change in gravitational or elastic potential energies can result in "work done," then why not find the change in "electric potential energy?" This is the first time we've introduced the idea, but it should seem reasonable by extension.

I then show students a definition of electric potential energy and point out how similar it is to Coulomb's law, with which they are very familiar. Armed with a new formula, it is possible to take the difference between electrical potential energies to establish work.

Before providing students with an opportunity for practice, I work one sample problem at the board to show just how much of an improvement this new definition is over the previous estimation by area method. First, we review the 'single trapezoid' method of approximating the area under the curve and, therefore, the work done. Then we use our new model of potential energy differences to get an exact value.

We end the day with a chance for students to practice the new ideas by revisiting work and charges. Students may work individually or in small groups, as long as a healthy collaboration is maintained. I check in with each students to monitor understanding and to address any concerns they may have. If necessary, I stop the work to redirect the entire class, should I see a widespread misunderstanding.

To increase the incentive for this practice session, I tell the students that these questions will be counted as a homework assignment. Should they finish in class, they won't have to bring the work home with them. The purpose of these problems is to underscore how beneficial it is to think about work as the difference in potential energies - it is both quicker and more accurate!