The concept of mass is fundamental to identifying and describing matter. Students building a beginning understanding of mass by exploring the concept through words, diagrams and measurements.
Lesson Author

Erin Greenwood
Boulder, CO
Grade Level
Sixth grade
Subjects
Science
Matter and its Properties
triple beam balance
metric system (Science Skills)
Standards
3.MD.A.2
Measure and estimate liquid volumes and masses of objects using standard units of grams (g), kilograms (kg), and liters (l). Add, subtract, multiply, or divide to solve one-step word problems involving masses or volumes that are given in the same units, e.g., by using drawings (such as a beaker with a measurement scale) to represent the problem.
4.MD.A.1
Know relative sizes of measurement units within one system of units including km, m, cm; kg, g; lb, oz.; l, ml; hr, min, sec. Within a single system of measurement, express measurements in a larger unit in terms of a smaller unit. Record measurement equivalents in a two-column table. For example: Know that 1 ft is 12 times as long as 1 in. Express the length of a 4 ft snake as 48 in. Generate a conversion table for feet and inches listing the number pairs (1, 12), (2, 24), (3, 36), ....
MS-PS1-1
Develop models to describe the atomic composition of simple molecules and extended structures.
MS-PS1-2
Analyze and interpret data on the properties of substances before and after the substances interact to determine if a chemical reaction has occurred.
MS-PS1-4
Develop a model that predicts and describes changes in particle motion, temperature, and state of a pure substance when thermal energy is added or removed.
MS-PS1-5
Develop and use a model to describe how the total number of atoms does not change in a chemical reaction and thus mass is conserved.
SP3
Planning and carrying out investigations

Mass is a tricky concept for middle school students because we are asking them to make a conceptual leap from what they can observe (matter in its many forms) to the abstract idea that we can actually quantify the amount of "stuff" that matter is made of. When the "close confuser concepts" such as volume and weight are added to the mix, the concept of mass becomes even murkier.

Since many of the Next Generation Science Standards for Physical Science rely on a basic understanding of matter and what it is, mass becomes a fundamental concept for understanding the more complex  disciplinary coreideas within the standards. Understanding mass is also fundamental when exploring crosscutting concepts such as Structure and Function (CCC6); Energy and Matter: Flows, Cycles and Conservation (CCC5); and Scale, Proportion and Quantity (CCC3). These crosscutting concepts suggest that matter is made of stuff and we have to be able to identify, describe and quantify that "stuff" in order to make sense of the world around us. Additionally, making accurate and precise measurements is a student need when planning and carrying out successful investigations (SEP3).

In order to ENGAGE students in this lesson, students complete a think-pair-share warmup with a partner in order to answer this prompt:

What does it mean for an object to be "massive"?

Students share a few ideas with the class. The most common response is for an object to be "big", which is a common alternate conception. When this idea surfaces, students view this photo: 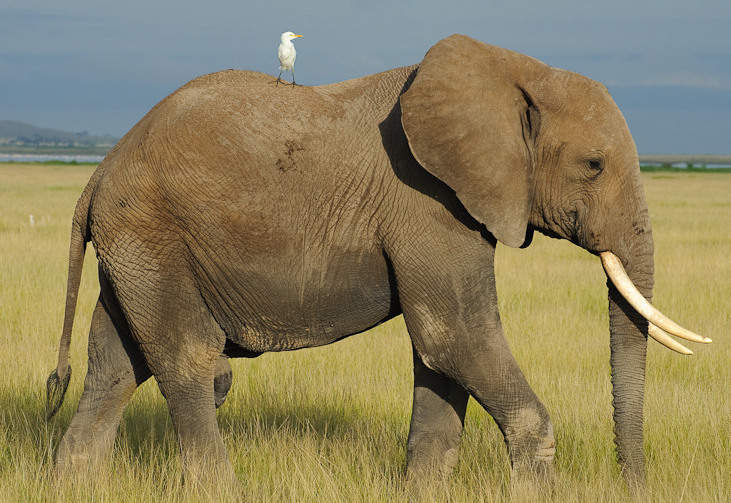 The follow-up question is posed to each pair:

Which object in this photo is more massive?

Students tend to agree that the elephant is more massive. The important teaching move here is to ask why? If students respond that it is more massive because it is bigger, the follow-up question becomes:

What makes an object bigger than another?

From this point, students will generate many different ideas (the elephant takes up more space and the elephant is weighs more are common answers), but the ideas that the elephant is made of more "stuff", matter, atoms, molecules or particles than the bird will surface. A strategy called "ignore the wrong answers for now" or "refocus on what is right" is one that I utilize during this discussion. If students start talking about volume and weight, the chances of getting embroiled in a very interesting and very confusing discussion are high. Instead, focus the discussion on the right idea: the elephant is more massive because it is made up of more matter. Massive actually means to have more mass. Mass is the way we describe how much matter an object is made of. When the discussion arrives at this definition, have students write it down on the Measurement Mass Student Handout.

For fun, I finish the ENGAGE section of the lesson by asking the question:

What happens to the mass of the elephant and bird when this happens? 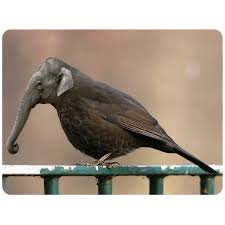 With a laugh, students are now ready to explore the concept of mass further.

The EXPLORE stage of the lesson is to get students involved in the topic so that they start to build their own understanding. To help students explore the concept of mass, students use a variety of resources in small groups to complete various activities on the Measurement Mass Student Handout. In order for these activities to go smoothly, it is important to provide resources that will help students independently find the information. Develop a resource list for each table or listed on a web-site that provides quick access to the resources available. Examples of some helpful resources are:

While students EXPLORE, they will need support accessing the resources and clarifying their understanding. During this time, rotate through groups to ask students probing questions about the concept. The questions may range in Bloom's Revised Taxonomy complexity from "remember" type questions such as: "What is the tool called we use to measure mass?" to "create" questions such as: "If you wanted to teach a student how to use the triple beam balance, what would you need to include in your teaching notes?" An example of a student's response to this prompt can be viewed here:

This type of question provides very interesting assessment information too. For example, this student knows to use a triple beam balance, but he could use work on explaining his ideas using precise language.

As students advance through the EXPLORE stage of the lesson, it is imperative to provide a short direct instruction lesson about how to use a triple beam balance safely and accurately. This mini-lesson can be conducted table by table or with the whole class. Students need to see and hear the process being modeled or they oftentimes make assumptions about how to use the tool (which result in misuse and inaccurate use). The Triple Beam Balance Tutorial, Triple Beam Balance Instructions and Triple Beam Balance Video are helpful for previewing the concept but do not replace the direct modeling by an expert.

Once students are shown how to use the triple beam balance, they practice using the "Mystery Mass Bags". Bags filled with various items are provided and students follow the Triple Beam Balance Instructions to estimate and measure them. This is an opportune time to give students additional feedback and instruction about how to use triple beam balance. Another important tip - when creating the Mystery Mass Bags be sure to secure them in such a way that students can't open them to release the contents. I use Ziploc bags with red duct tape over the opening.

The EXPLAIN stage provides students with an opportunity to communicate what they have learned so far and figure out what it means. During this stage of the lesson, we review the Measurement Mass Student Handout together. I model for students how to neatly complete the activity and we briefly discuss each topic as we review. This stage of the lesson presents a great place for a quick formative assessment because students are able to explain their answers and ask questions about parts of the activity they don't yet understand. When we finish reviewing, I offer students a clean copy of the notes: Measurement Mass Student Handout Notes.

The EXTEND stage allows students to apply new knowledge to a novel situation. The novel situation in this case is found at the end of the Measurement Mass Student Handout. For students who move through the activities quickly, I check their work and give them the choice to:

1) Review the concepts by making flashcards, quizzing or reading additional sections from the textbook.

The EVALUATION stage is for both students and teachers to determine how much learning and understanding has taken place. The primary way I evaluate student learning is by giving students an assessment that focuses on the "remember", "understand" and "apply" levels of understanding: Measurement Mass Checkout Quiz.

Prior to giving the assessment, students participate in several days of review as part of their daily warm-up to evaluate the level of understanding. An example of a student with advanced understanding can be seen here:

This student tackles a problem that requires him to create an explanation of a new idea using his understanding of mass. Additional discussion about student assessment can be found in this section's reflection.