When we moved on to 14 x 8, students used a range of strategies. This student showed how 14 x 8 = 4[2x2+2x2+5x2+5x2] while another student impressively used Halving & Doubling to solve 14x8. You can tell when students are becoming more comfortable with decomposing and using the array model to multiply when they start Decomposing Over and Over to Find 14x8. This learning experience truly supports Math Practice 8: Look for and express regularity in repeated reasoning.

Finally, students applied their understanding of decomposing and arrays to solve an even larger problem! Here, you'll see a student explaining how to use Decomposing to Find 2514x8.

For this lesson, I wanted to provide students with the opportunity to practice representing numbers using the Place Value & Money Models, Standard Form, Expanded Form, and Written Form.

Prior to the lesson, I set up stations on the board. For the Place Value Station, I set up large magnetic color-coordinated base 10 blocks pictured below. 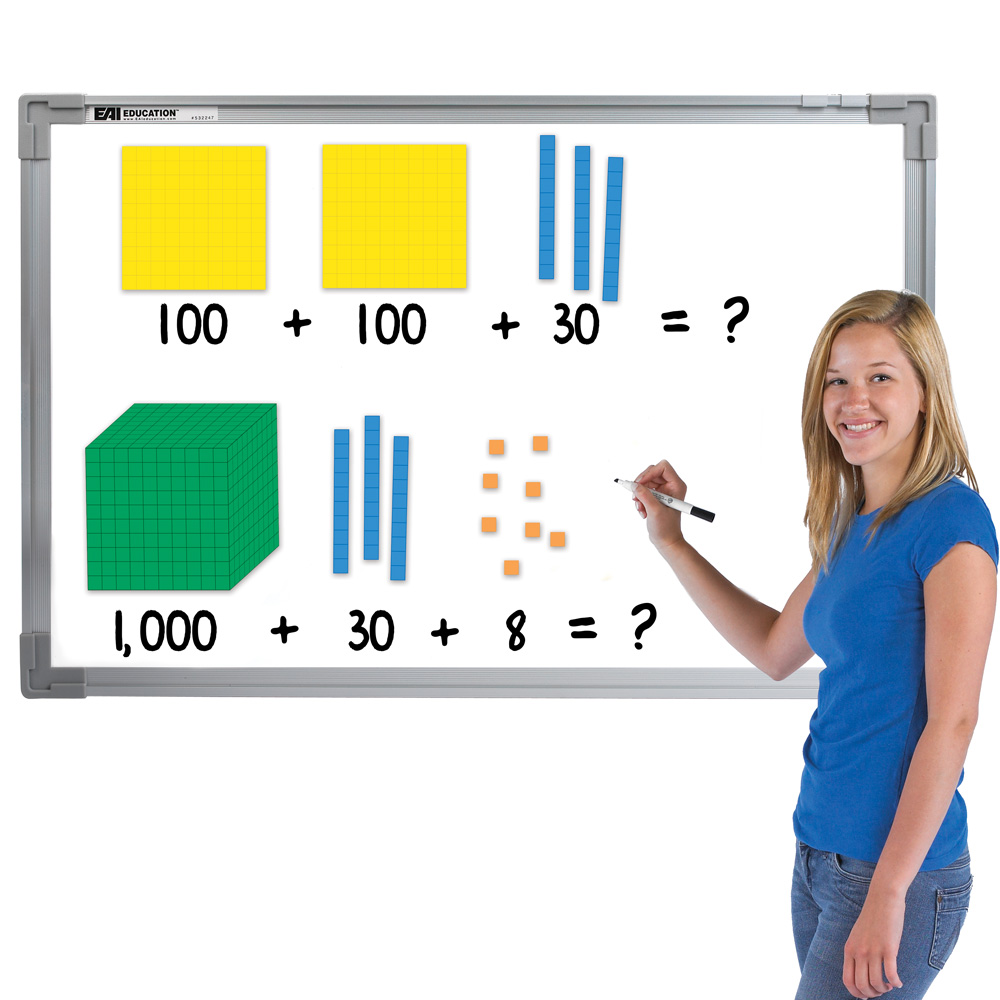 For the Money Model Station, I took a Bag of Money (created for a prior lesson using the following sheets of Money) and placed pieces of magnetic tape on the backs of each bill. For the Written Form Station, I projected the following picture and traced it on laminated bulletin board paper:

Finally, to provide a number for student to represent at all the stations, I used this set of Colossal Playing Cards. The kids absolutely loved them! 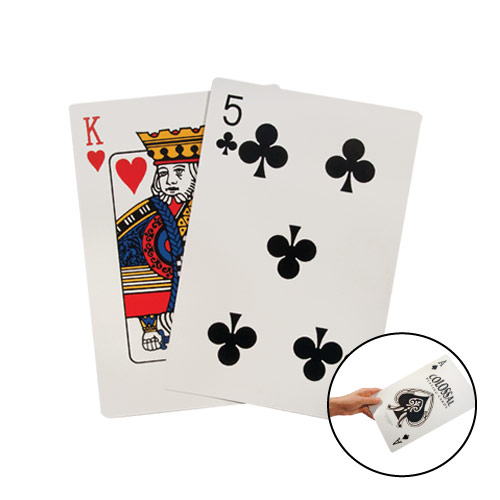 To begin, I invited students to join me on the carpet. I then introduced the Goal: I can read and write multi-digit whole numbers using standard form, expanded form, and written form.

While these students shared their thinking, the other students watched closely. I encouraged the class to make sure they agreed with every step these students took.

Again, while these students modeled each station, the rest the class watched carefully, looking for mistakes they could "respectfully disagree" with. For today's lesson, I only had my 15 fourth graders. Consequently, there were many opportunities for students to participate. To make sure all students were engaged 100% of the time, I could have asked the rest of the class to take on observation roles, specifically assigned to a station. However, the time it took for students to complete each station was short enough that the rest of the students were interested in what was happening!

As students finished, I created a new number using the playing cards: 7,322. In this video, students worked away, Representing 7,322 at each of their stations. To encourage higher-level thinning, I continually asked probing questions.

In order to pull zero into our numbers, I explained to students: Let's say that the face cards (king, queen, jack) all represent zeros. Then, I asked a student to create a 5-digit number Using the Playing Cards. Six new students came to the board: Representing 99,220.

Finally, we got to a six digit number! Students were very excited to model this one: Representing 406,000.

At this point, I asked students to return to their desks to continue the same stations in a small-group setting. I passed out Station Posters in page protectors to each group of students. I have the desks in my classroom already arranged in groups so that group-projects are easy to implement.

Each of the six station posters matched one of the stations on the board. Other materials students need to complete this activity included a Bag of Money, Base-10 Blocks (pictured below), and dry erase markers. 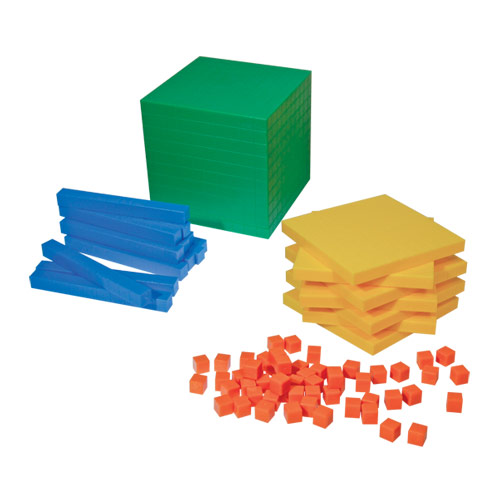 To get students started, I created a three-digit number using the playing cards: 803. Each group of 3-4 students went to work representing 803 on each of the station posters at their desks. I didn't give directions on how to split up the work. Some students gravitated toward the manipulatives for a hands-on learning experience. Other students enjoyed writing out the check! No matter what station students worked on within their groups, I encouraged students to continually check on one another to make sure they agreed with the work of other students. I also encouraged student to rotate between the stations to make sure they were able to experience each task. Here, students are Representing 803.

As students finished, I checked their work before they were able to move on to 2,060. Some groups finished faster than others. To accommodate all levels, I often had up to three numbers represented using the playing cards on the board at one time. This group did a beautiful job Representing 2,060. I loved hearing them construct viable arguments and critique the reasoning of others (Math Practice 3).

Next, students moved on to a more complex number, 31,707. I often encouraged students to compare stations in order to check their work: Representing 31,707. Checking work with each other also helped support struggling students.