Journey Inside the Earth

SWBAT create a model showing the layers of the earth.

In this lesson, students work with clay to make a three dimensional model of the layers of the earth.
Lesson Author

I begin this lesson by showing students this video.  The video shows a model of the layers of the earth using cake.  This video is funny and hooks students in the lesson right away.

After watching the video, students work in their science notebooks to draw a model of the layers of the inside of the earth.  I do this with students since the vocabulary is new. I do this on the board with them to help clear up any misunderstandings. 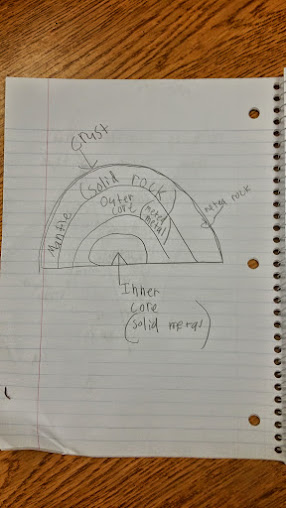 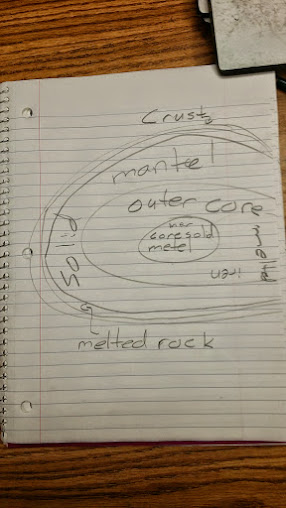 The majority of this lessons involves students using clay to model the earth.  Below you will find some information and facts that I tell my students about each layer.  Even though this is a hands on lesson, it is still very guided. I instruct students, going step by step for each layer.

Inner Core: Help students build a clay model of Earth by first explaining that the marble represents Earth’s inner core. The radius of the inner core is 1300 kilometers; it is solid because it is under a great deal of pressure. Explain each student will use a marble to represent Earth’s core. The marbles will be pushed into the center of the clay models after they have been cut in half.

Outer Core:  Ask students to roll orange clay into a ball about 72 millimeters in diameter. Explain the yellow clay represents the outer core, which is about 2250 kilometers thick. Most of the rock in the outer core is molten, which means it is so hot that it melts and acts like a liquid.

Mantle:  Around the outer core, wrap red clay for the mantle. Earth’s mantle, which is about 2900 kilometers thick, is Earth’s thickest layer. The mantle contains solid rock, although high temperature and pressure can cause some of this solid rock to flow slowly like an extremely thick liquid.

Crust: Around the mantle, spread a thin layer of blue clay for the crust. Earth’s crust, which is 5 to 64 kilometers thick, is the part of Earth on which we live. The crust is thickest under the continents and thinnest under the oceans.

When the clay Earth model is complete, I show students how to cut it in half using a sharp knife. I then direct students to push a marble into the center of the yellow clay to represent Earth’s inner core. Remind students Earth’s inner core is solid, while Earth’s outer core is molten and acts like a liquid.

You can see in the photographs students rolling balls for the layers and a model cut in half.  Be sure to check out the reflection section to hear why my students like modeling. 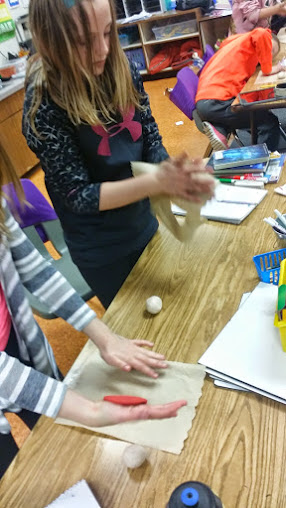 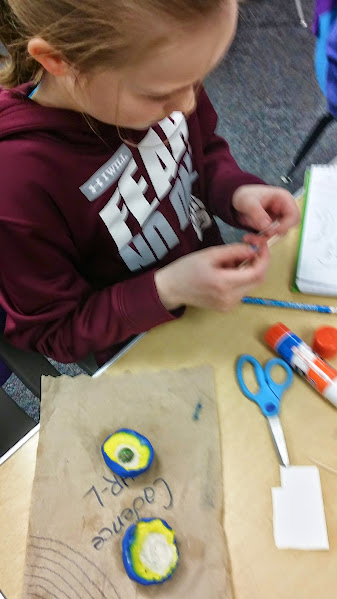 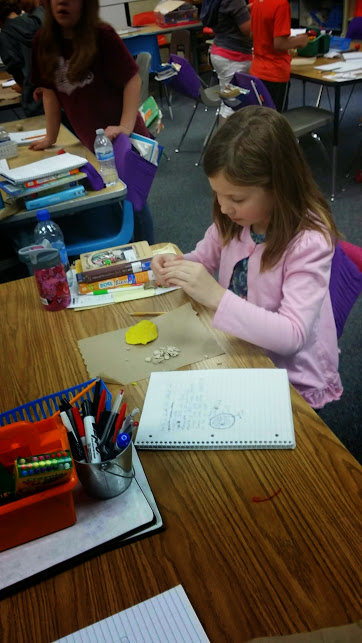