SWBAT create a stop-animation video that shows what happens on the molecular level during a simple chemical reaction.

Bonds are broken and atoms are rearranged before forming new bonds during a chemical reaction; Matter is conserved.
Lesson Author

Emilie Hill
Los Angeles, CA
Grade Level
Ninth grade
Tenth grade
Eleventh grade
Twelfth grade
Subjects
Science
Chemistry
Chemical Reactions and Balancing
Standards
HS-PS1-2
Construct and revise an explanation for the outcome of a simple chemical reaction based on the outermost electron states of atoms, trends in the periodic table, and knowledge of the patterns of chemical properties.
HS-PS1-4
Develop a model to illustrate that the release or absorption of energy from a chemical reaction system depends upon the changes in total bond energy.
HS-PS1-5
Apply scientific principles and evidence to provide an explanation about the effects of changing the temperature or concentration of the reacting particles on the rate at which a reaction occurs.
SP2
Developing and using models
SP6
Constructing explanations (for science) and designing solutions (for engineering)
SP8
Obtaining, evaluating, and communicating information
XC-SPQ-MS-4
Scientific relationships can be represented through the use of algebraic expressions and equations.
XC-SSM-HS-3
Models (e.g., physical, mathematical, computer models) can be used to simulate systems and interactions—including energy, matter, and information flows—within and between systems at different scales.
XC-EM-HS-1
The total amount of energy and matter in closed systems is conserved.

This lesson is a "how-to" for students to complete their first culminating project (of two) that will be used as a summative assessment for this unit.  It is part of a 5-day in class project, followed by a week of out of class time.  The in-class portion timeline is detailed below:

Having students create an end product (in this case, a video) that demonstrates their understanding of what happens at the molecular level during a chemical reaction addresses multiple Science and Engineering Practices.  First, students will be making and using models to show a chemical reaction occurring (SEP 2).  Students will need to verify the molecular structure of their reactants and products after identifying a chemical reaction to use in their videos which involves obtaining and evaluating information.  Then, they will be communicating information through the form of video (SEP 8).  During the video, students will construct explanations of conservation of matter and molecular rearrangement (SEP 6).

Multiple Performance Expectations are also addressed.  Students are creating a video that shows the outcome of a simple chemical reaction by modeling that reaction and providing detailed explanation as to what is occurring to the bonds and atoms in the reactants to make the products, directly addressing HS-PS1-2.  Two more Performance Expectations are indirectly addressed: HS-PS1-4 and HS-PS1-5.  Students must understand what occurs on the molecular level during a chemical reaction in order to address the changes in bond energies resulting in endothermic or exothermic reactions (HS-PS1-4).  In order for students to understand how changes in temperature or concentration effect reaction rates, they must have a basic understand of the molecular interactions during a chemical reaction (HS-PS1-5).

I show students this movie clip from Disney's Cinderella, and the accompanying storyboard, to help them understand how storyboarding helps to guide the action in a movie, but does not have to include every single frame.

Then, I show students the storyboard for that sequence (emphasizing that it is only the last four frames of the storyboard that correspond to the minute long video content):

As I pass out 2 copies of an 8-frame storyboard template to each group (found here), I tell students that it should be enough for their 1-1 1/2 minute video, but that they can use more if they find it necessary.  I encourage students to also write on the lines below each box a summary of what they would want to voice over (or include as text on screen instead), so that groups are also working on a script at the same time as their storyboard.

I explain that the director is ultimately responsible for the storyline and the overall flow of the video, but everybody should contribute.

I explain that there is a Video Project Timeline to follow and that the producer has to make sure that deadlines are met.

I also open the discussion up for questions at this point.

Included in storyboarding is the importance of writing a script.  I tell students that a script does not need to look like a written play on paper--it can simply be sentences that they plan to read as a narration voice over.  I make sure students understand that it is NOT OPTIONAL, however, and they need to document what they plan to say.  I explain that this is so that they are not wasting time in editing recording and re-recording their voiceovers AND so that they have planned exactly what is important to include in their narration.  Explanations that are clear, concise, and delivered slowly with enunciation will help students who view their videos understand the complicated concept of a chemical reaction far better than sloppy explanations that are recorded off-the-cuff.

Having a script that can be checked off is included in the Preproduction Scoring Rubric to further emphasize its necessity.

During the next 20 minute time block, students should be working on their storyboards.  If groups still have not decided what chemical reaction they are going to do, I will work with them for a few minutes each until they have a reaction finalized.

I walk around visiting each group to make sure that everyone is on task and groups are discussing storylines including all members.  I also remind groups that while the Director is responsible for taking the lead on the storyboard and determining the flow of the video, everybody needs to have a voice in the final decision.

If groups are asking questions about their specific reaction, or they want to find out additional information, I allow them to appropriately use their cell phones with internet connection or they can use a laptop connected to the internet at the classroom computer station (which houses 5 laptops plugged into the ethernet ports on my wall).  These are the same computers that will be available for video editing if students wish later. 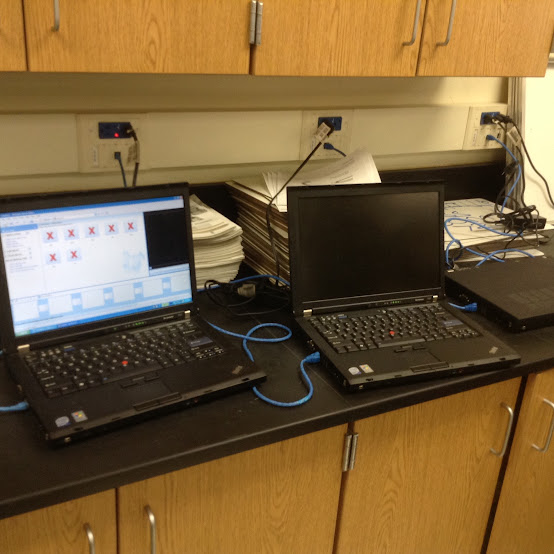 Here is a close-up sample of one group's storyboard: 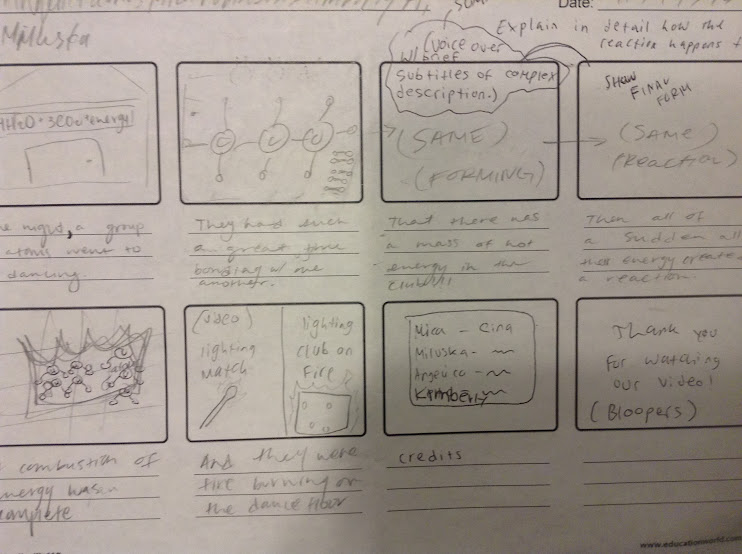 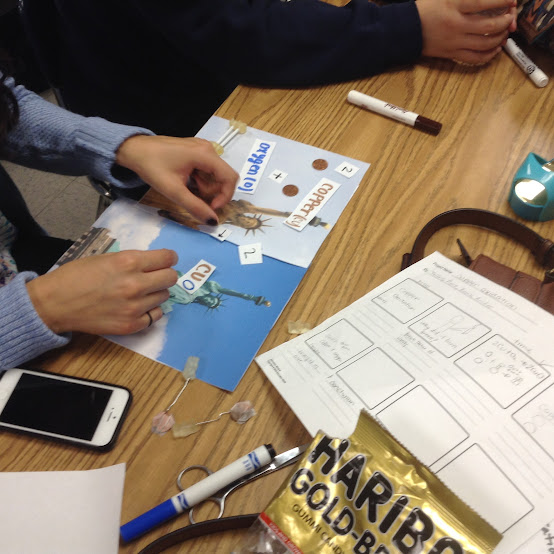 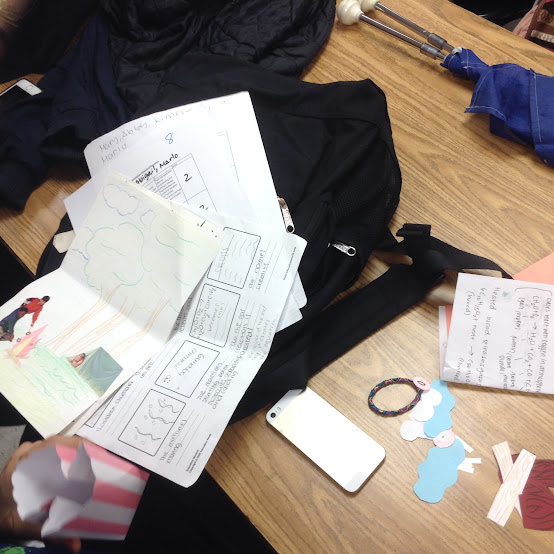