What is Visible Light?

SWBAT explain that light can be considered an electromagnetic wave.

In this lesson, students gain more knowledge about the electromagnetic spectrum. Students also learn that visible light makes up only a portion of this wide spectrum and that engineers use electromagnetic waves for many different applications.
Lesson Author

Melissa Romano
Helena, MT
Grade Level
Fourth grade
Subjects
Science
light wave
visible light
Waves
sound waves
refraction (Light)
Standards
4-PS4-1
Develop a model of waves to describe patterns in terms of amplitude and wavelength and that waves can cause objects to move.
4-PS4-2
Develop a model to describe that light reflecting from objects and entering the eye allows objects to be seen.

This lesson is all about building student's knowledge about visible light so they can create and make spectroscopes in a future lesson.  I use direct instruction in this lesson for most of the class period in order for students to gain an understanding and more background knowledge of light waves. While I orally provide information to students, students also take notes and copy an electromagnetic spectrum into their science notebooks.  As I talk and show pictures, students copy the important information into their science notebooks.

I begin this lesson by reminding students that we've learned that light can be thought of as a wave – light is a form of an electromagnetic wave.

Next I show students this picture from visible light 1.

Next, I show another picture from visible light 2 and direct students to see if they can figure out which waves have the most energy. I ask questions like: Which waves do you think are the most powerful?

I point out that gamma waves have very high frequencies and, consequently, have a lot of energy. This extreme amount of energy is one reason why gamma waves are very dangerous if improperly used.

I ask students if they have ever had an x-ray? X-rays are not as strong as gamma rays, but they are still very powerful. A sunburn? Have any of you ever burned your skin when out in the hot sun (or overcast as well) too long? Sunburns come from ultraviolet light, which we cannot see, but can still burn our skin. Radio waves and microwaves have a smaller frequency, so they are much less powerful than x-rays or ultraviolet light. Waves are fascinating, that's for sure! 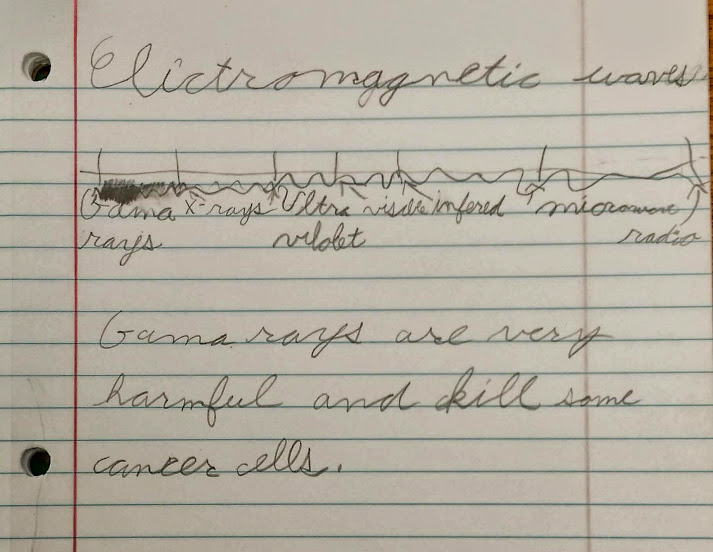 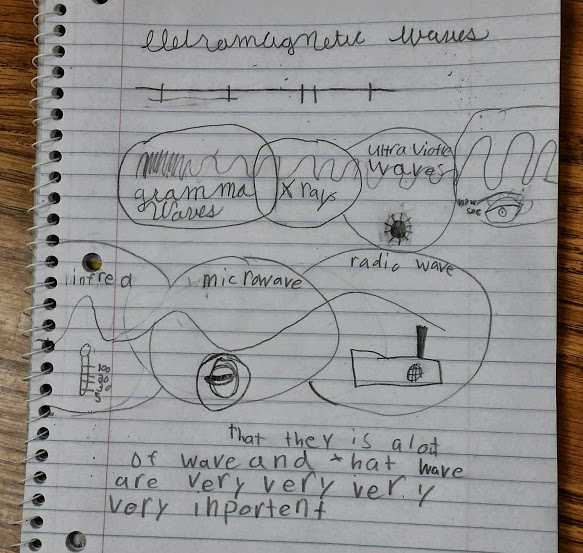