Students will be able to sort items into the correct categories and rationalize why they placed a certain item in the given category.

Sorting items helps students develop language skills as they describe attributes and qualities to determine which category is the best fit for an item.
Lesson Author

Gather students on the rug using a preferred classroom management technique. I like to use my “Stop, look, listen.” The students stop what they are doing, look at me and listen for the direction. I usually preface the direction with, “When I say go…” This reminds the students to listen to the whole direction before moving to follow the directive.

In this case I would say, “When I say go I would like you to clear your space, push in your chair and go take a spot on your dot. Walking feet go.” By saying walking feet I am reminding the students to use walking feet in the classroom to ensure safe movement between areas.

I open a blank screen on the SMARTBoard. I write the “Wild” on one side and “Not Wild” on the other side.

When all of the students are seated on their dot in the rug area I ask them, “What do you think of when I say the word wild?”

I use the Fair Sticks to select three or four students to respond to the question and I write those responses (or a shorthand version) on the board.

Now I do the same with “Not Wild.” “What do you think of when I say the words not wild?”

I use the fair sticks to select three or four students to respond to the question and I write those responses (or a shorthand version) on the board.

“Those were all great ideas. Now I am going to read you two different animal tales. A tale is a recital of events which are either true or not true.”

The reason I introduce the terms "wild" and "not wild" here in the introduction is because I want the students to be able to differentiate between the two tales with a clear picture in their mind of what it means to be wild and what it means to be not wild.

Link to Growing Up Wild webpage where you will find support materials.

To tell the tale of the squirrel’s day I use my squirrel puppet in an excited squeaky voice.

Next I tell the tale of the dog in a lower more relaxed voice using my Siberian husky dog puppet.

When the tales are over I ask the students, “What are the differences between the two animals day?”

I use the fair sticks to select one or two students to respond.

Now I ask, “How does the dog get what he wants?”

“I agree Owen. He gets whatever he needs from his owner.”

“What about the squirrel? How does he get what he needs?”

“I think you are right Susan. He had to find all his own food and water and he had to watch out for danger the whole time. It sounds very tiring.”

“I want you to think about which animal you would rather be and why?”

“Those were great reasons. It is okay if you did not get to tell me here on the rug because you are going to write about it at one of the stations.”

“In these two tales which animal was wild and which one was not wild?”

“That’s right Rhys; the squirrel was wild and the dog was not.”

“Animals that are wild are called “wildlife.” A wild animal can take care of itself and survive on its own without depending on people – that is so long as its habitat is a naturally healthy one. Animals that are not wild are often called domesticated or tame. Can you all say domesticated?”

“A domesticated animal generally relies on people for many of its needs – such as food, shelter, water, etc.”

“Can anyone give me an example of a wild animal?”

I use the fair sticks to select three or four students to respond.

“Now can anyone give me an example of a domesticated animal?”

Once again I use the fair sticks to select students to respond.

Be aware that you will come across students who give you examples of zoo animals or exotic pets. The lines between wild and domestic can be a bit unclear at times, but that is what makes for an interesting conversation and a chance to bring in some great vocabulary words. Also you can discuss what qualities constitute a good pet or not. Here is where I encourage the students to think about what is usually the case for that particular animal.

Once we have discussed several examples of both wild and domestic, and the defining characteristics of each, I tell the students what their assignment for the morning is.

“Today at one of the stations you will see a sheet of a variety of animals (I do the activity this way only if I do not have enough wildlife and regular magazines for the students to go through) and a recording sheet divided into two sides. One side is labeled wild and the other is domestic. Your job is to sort through the animals and decide whether it is wild or domestic. Look closely at each animal and think about the two tales we heard and the conversation we just had to help you decide which category you will sort it into.”

“If you have trouble deciding, discuss it with your friends at the table with you and that may help you decide where to put it.”

“After you have sorted the animals I would like for you to label the animals. Can anyone tell my how I could go about labeling the animals?”

I select keep selecting students to respond to this question until I have covered all of the strategies the students could use to label the animals.

“Those were all great ideas. I could use books in the book area, the label cards from the writing center, tapping out the sounds, looking at the science word wall, and asking a friend or a grown-up. It sounds like you are ready to go.”

“Does anyone have any questions?”

Once the students understand the directions I send them over to the work stations one group at a time to maintain a safe and orderly classroom environment. It sounds a bit like this:

“Station number one go have some animal sorting fun.

Station number two you know what to do.

Station number three hope you were listening to me.

These are not always done in that order so the students have to pay attention to when their station actually gets called.

Allow the students 15 minutes to work on this activity. Set a visual timer and remind the students to look at the timer so they will use their time wisely.

Why is sorting important?

Sorting is important because it introduces the students to the idea of classification. Students need to be able to sort items based on a certain characteristic. Once they are comfortable with sorting by sensory experiences, sight, sound, or feel, they can then begin to sort by less obvious characteristics such as, cultural, etc. The students will later develop the ability to sort by one characteristic and then break the groups into sub-groups. For example, animal and not animal. Then break the animal group break it into the different animal families.

When the time is up I blow two short blasts on my whistle and use the “Stop, look listen” technique mentioned above. “When I say go, I would like you to clean up your space remembering to take care of our things, push in your chair, and use walking feet to go and take a spot on your dot.”

Students know to put completed work in the finished work bin. Any work that is not completed goes into the under construction bin and can be completed throughout the day whenever the student finds he/she has spare time or it will be completed during free choice center time.

Once the students are seated I tell them that their exit slip for today is to tell me either a wild or a domestic animal, and where I might find that animal. “Today your exit slip to get your snack is to tell me an animal. Here is the hard part though. You have to tell me if the animal is wild or domestic and where I might find that animal. For example, say Mrs. Clapp pulled out my stick, I would say, red fox, wild, and the forest. Everyone got it?”

Once a student has told me his/her animal they are able to use the hand sanitizer and go to get their snack. If a student is unable to give me an answer, they know they can do one of two things.

For this lesson I use the Wild Domestic Sort Checklist to go over the student’s work. Once I have filled out the checklist, I attach it to the student’s work and place a copy in the student’s working portfolio. If I have any questions about the placement of an animal then I go to that particular students and discuss his/her work with him/her.

At another station we work on the long i sound as in the word “wild.” I use the long i book out of Reading Success Mini-Books: Short and Long Vowels, By Mary Beth Spann. ISBN 0-439-08677-9 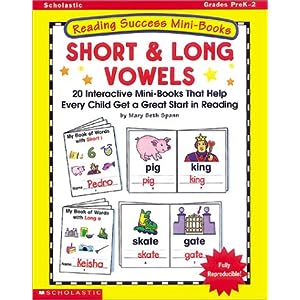 At another station students write about which animal they would rather be and why.

Provide each student with a Ziploc bag filled with a variety of wild and domestic animals. Have the students sort the animals and then graph their results.

Use the same Ziploc bags of animals for a sorting activity to classify the animals into their families – reptiles, fish, birds, mammals, amphibians.

Can It! (Cylinders)
Kindergarten Math » Know Those Shapes!