Students will be able to determine and analyze the central conflict and theme by mapping its development over the course of the text in a plot diagram.

Taylor Tasha DeVries
Flagstaff, AZ
Grade Level
Seventh grade
Subjects
English / Language Arts
Vocabulary and Literary Terms
Literary Structure
literary elements
literary technique
Vocabulary
Standards
RL.7.1
Cite several pieces of textual evidence to support analysis of what the text says explicitly as well as inferences drawn from the text.
RL.7.2
Determine a theme or central idea of a text and analyze its development over the course of the text; provide an objective summary of the text.
RL.7.3
Analyze how particular elements of a story or drama interact (e.g., how setting shapes the characters or plot).
RL.7.6
Analyze how an author develops and contrasts the points of view of different characters or narrators in a text.

Analyzing the Plot of "Seventh Grade"

I started with conflict in order to guide students through analyzing the plot of "Seventh Grade."

Once we had the conflict, we dove into who was the protagonist and who was the antagonist.

Then we moved into analyzing the exposition.  What setting is established in the exposition?  What major characters are we introduced to?  What's the basic situation?

This plot diagram is guided.   The next time I have students fill out a plot diagram ("Thank You M'am") they'll be doing it first on their own.

Identifying the Theme of "Seventh Grade"

I'll readily admit that the story "Seventh Grade' doesn't have a life-changing, earth-shattering theme, but it does provide a way to introduce the concept of theme to students. I asked students what they thought they were supposed to learn from this story about life and about how to live. This is not an easy question and needs lots of thought, so rather than a teacher questions, students answer verbally, I asked students to write a quickwrite on the question. I gave students about four or five minute to write about what they thought Gary Soto wanted them to learn about life from the story, then asked students to share in their groups. 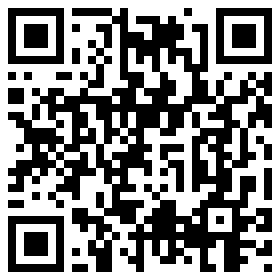 gave students about three or four minutes to discuss what they'd written in their quickwrites and decide on one or two responses to share with the whole class.  I decided to get a bit fancy with this and use PollEverwhere. I made it super simple for students to find the poll with a QR code they could scan, which you can also scan below to see how it works.  The poll isn't active anymore, but if you happen to scan this when it is active, it'll be magical.

I didn't necessarily want students to see each other's responses, so I chose to project the poll like this. They can still see the directions and the website, and if they're texting, the numbers, but they can't see what others are posting. Sneaky!

This last picture shows the students' responses.  Like I expected, I got a combination of thematic statements as well as statements that simply stated the topic. We started by looking for the statements that simply said what the story was about.  Those were "Victor's first day of school" and "a boy wants a girl to be his girlfriend."  Those statements are just the topic, the subject. It doesn't tell us the theme, the main idea. The theme is what we're supposed to learn about being human.  What we're supposed to learn about life. Which statements tells us what Soto wants us to learn?

One student suggested the statement  "You run the risk of being embarrassed if you pretend to be someone you're not" is something we're supposed to learn.  I prompted the student to tell me more.  His response was that both Victor and Mr. Bueller pretended to be someone else and they were both embarrassed.  It's true that Victor 'got the girl,' but maybe Teresa would have liked Victor for being himself, not because he 'knew' French. This is very similar to the statement  "don't pretend to be someone you're not," and one student very quickly pointed that out.

Another student suggested that the statement 'if you want something enough, you'll find a way to make it happen" was what we were supposed to learn, but when prompted, she couldn't explain it.  Since there wasn't any support (concrete evidence or commentary!) we eliminated that from the list.

This part of the lesson would have been even better if there had been two statements that could be considered the theme. If we'd come up with two thematic statements, that would have reinforced the idea that when we're talking about theme, there isn't one right answer.  A story can have multiple themes, and that theme is determined,  not only by the author's words, but our own life experiences which allow us to interpret the author's words.

For our last plot diagram maneuver, I asked students to write down the theme that they identified with most.

If you're worried about using PollEverwhere and/or QR codes, watch this video.  PollEverywhere also has a video on their website.  It is super easy.  Really.  I promise.  QR codes are ridiculously easy and magical and if I'd known about them sooner, dude.  No words.