SWBAT to read a math story set in a real-world scientific context, determine possible multiplication equations to find the solution, and explain their thinking. LESSON UPDATED 7/24/15.

Mathematics has an important role in the real world outside of school. Scientists use multiplication to estimate animal populations.
Lesson Author

This lesson opens with an unusual question for our math period, "What do you know about clams?" Although my students are getting more accustomed to a creative approach to math, it is always exciting when the lesson takes an unexpected turn.

Even if you've lived near the ocean, you probably don't know a whole lot about clams.  Clams are an invertebrate, and people don't pay as much attention to invertebrates as they do to more visible animals such as mammals and fish. This fun video shows a clam burying itself and then filter feeding from under the sand with siphons.

I'd suggest you start about 1:40 in to the video where clam first appears. The video is worth watching for at least the next 2 minutes.  All of the footage is great, and could be a springboard to conversations about either bivalves in particular or ocean invertebrates in general.  The video is in French but that is an asset, because it will allow students to focus on interpreting just the images without also being bombarded by a bunch of marine science terminology as well. If the narrative is distracting, you may want to turn off the sound altogether.

I suggest having the students take a few detailed notes as they are watching about what they observe because having a specific task will keep them engaged.  I also suggest showing the video all the way through (the 2-3 minutes) once and then returning and stopping at a few points to let them write down their thoughts.

If you'd like to use a note-taking organizer to extend this content, I created Counting Clams Lesson Opener- Student Page .  This is the Teacher Page:

After the video viewing, I ask students, "How many clams are there in the ocean?  In the ocean off (pick a location) and/ or at a beach in (pick a state)?  There is no way to count those large numbers, but it's an interesting question that is a good lead in to today's focus, using multiplication in real life - the way scientists conduct surveys of animal populations."

In this lesson, students practice 2, 5 and 10 facts while conducting mock scientific surveys of tidal flat clam populations.  I've created this Counting Clams- Multiplication in Context activity to guide students through how multiplication is used in a real-world context.  They enjoy this activity. Below are a few images to give you an abbreviated sense of how the content is presented. 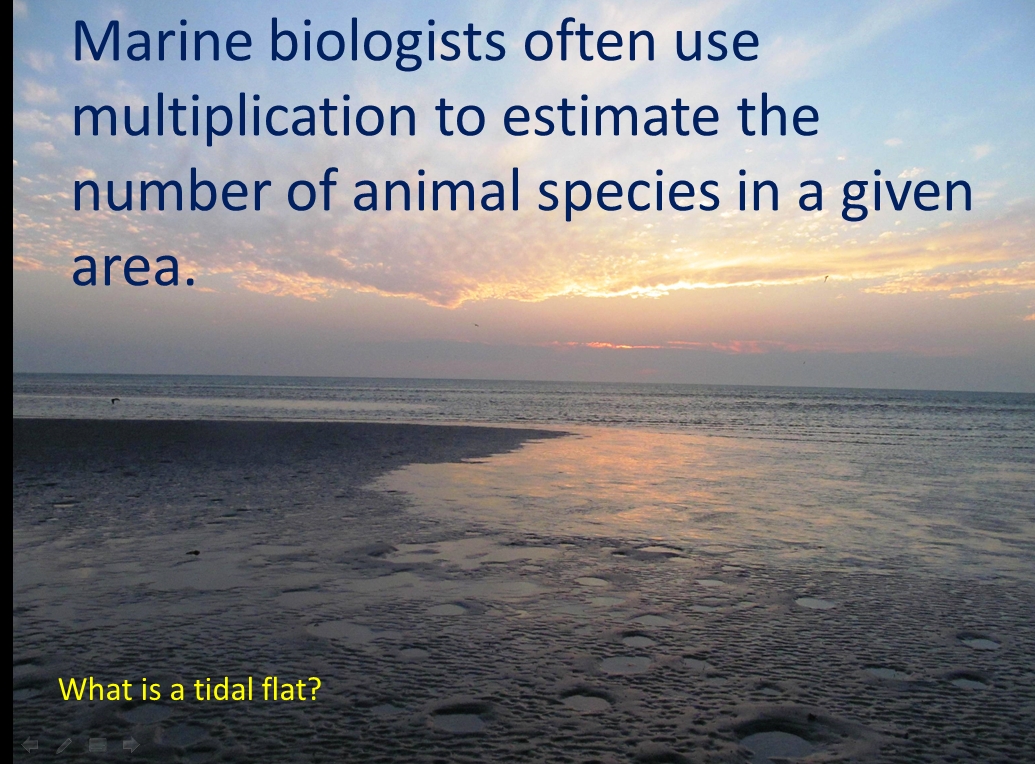 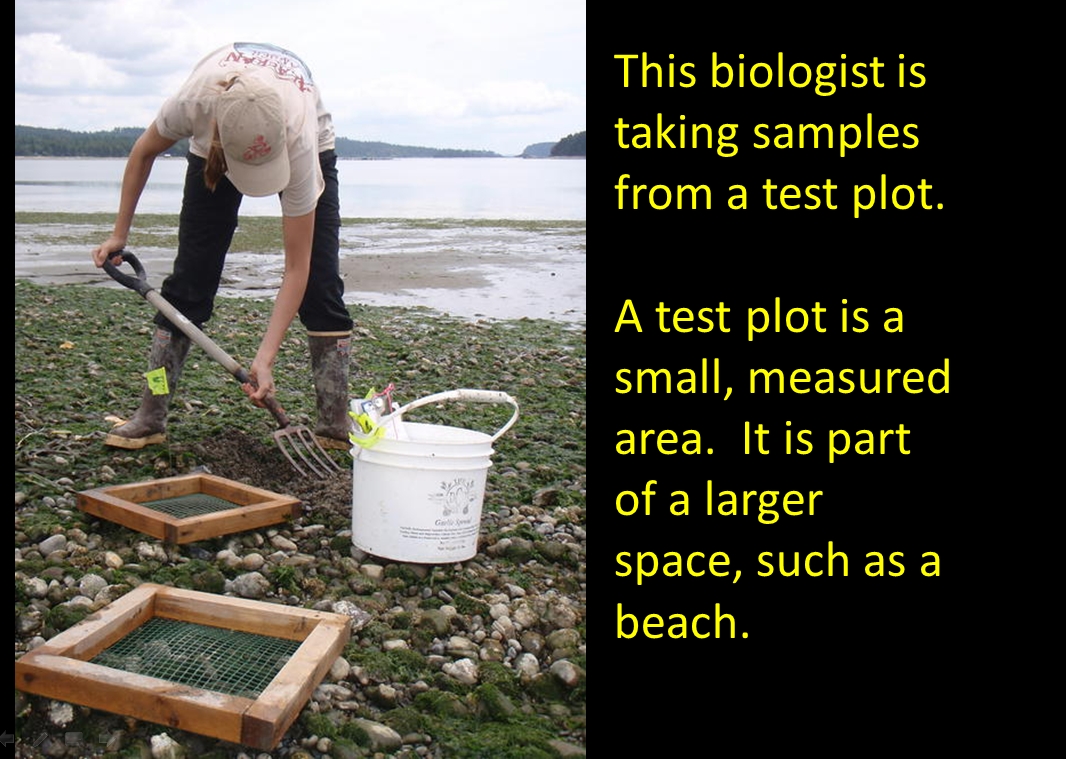 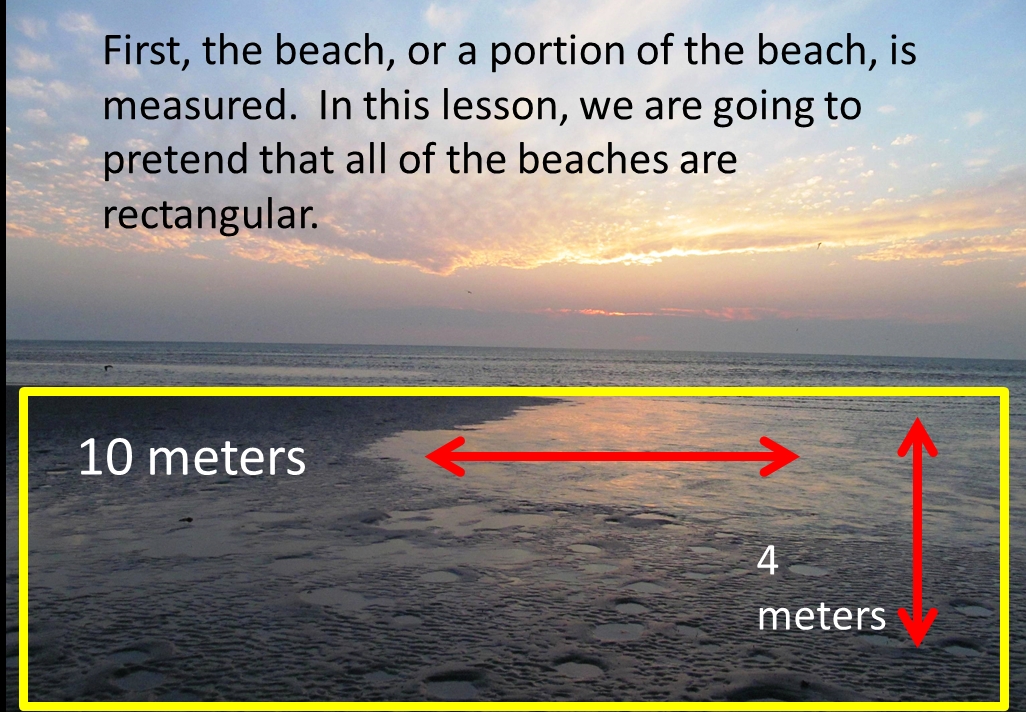 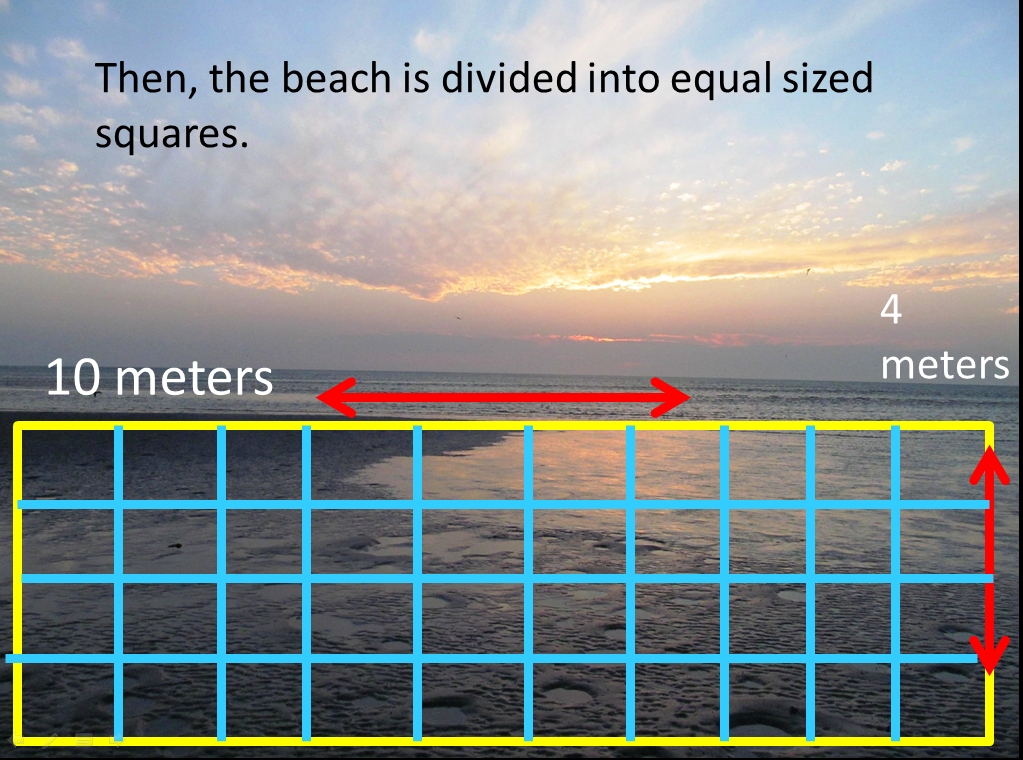 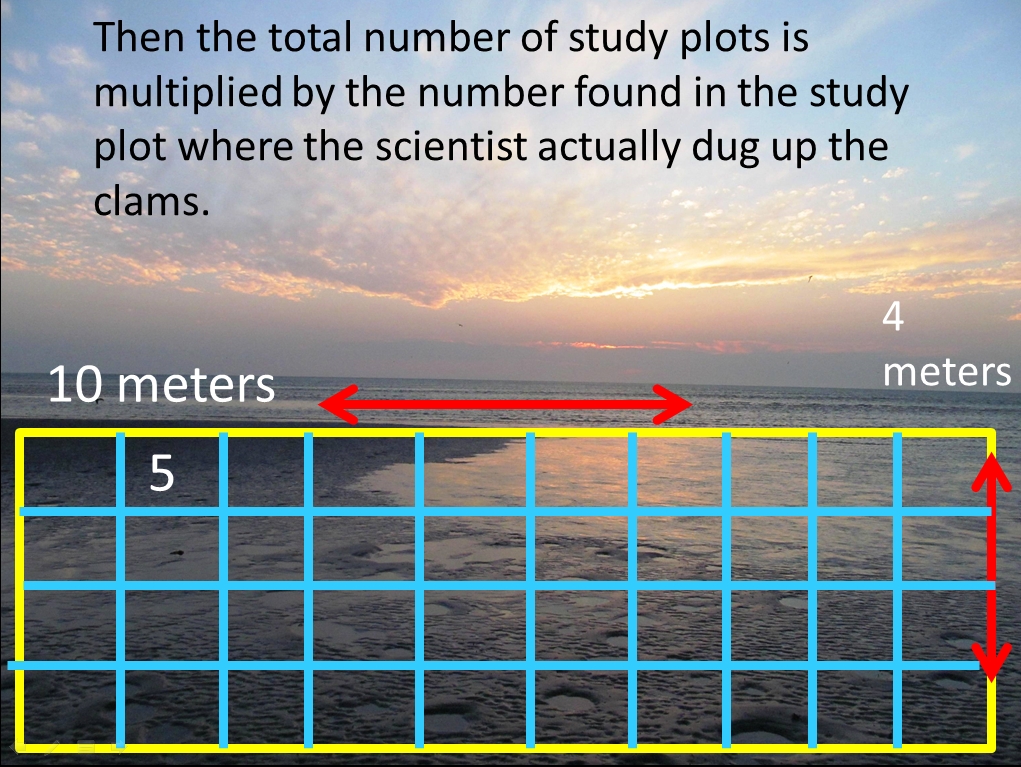 If you are unable to run a Powerpoint or want a printable version, here it is: Counting Clams.

The process of getting a species population count from a test spot has been simplified, but it is, in general, accurate.  The number of clam species "found" is completely fabricated, but all the clam species are documented residents of the Gulf of California, which is an enormous Pacific Ocean sea south of California and Arizona.

This task can easily be conducted on either scrap paper or whiteboards, as long as the teacher circulates to check for student understanding.  Asking students to think-pair-share also provides an opportunity to monitor for understanding.

Think-pair-share is an important tool to use in developing students' mathematical practices (MP3, MP6). Third grade students are developing their ability to communicate, using precise mathematical vocabulary, their reasoning, as they are asked, by the teacher, “How did you get that?” and “Why is that correct?”.  As students practice explaining their thinking and consider others’ thinking, they build upon their math knowledge. Think-pair-share is also an effective tool for developing English language skills in English Language learners.

In this activity, students work independently or in groups to solve 5 problems similar to those examined in the guided practice.  Counting Clams Independent Activity Multiplication.  Several enrichment questions, indicated by one star, are embedded within this activity.

There is a division problem in this activity as well, indicated by two stars.  It is important that students don't use the context of a work page to determine the type of problem they are solving  - it is something they always need to be thinking about independent of the circumstances.  Study plot grids are provided so that students can fill in models to help them envision this two-step process. 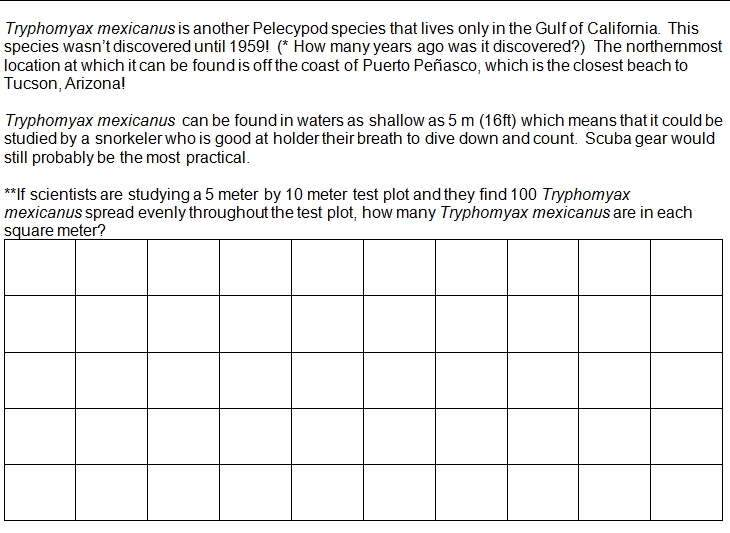 I invite the students to share one technique they used successfully.  They pair share and then time permitting a few students may share out to the whole class.  Sometimes I will have students share out what their partner learned.

I use a randomizer or a class list to insure that the same children do not always get a turn to talk in front of the whole class (which most of the desperately want to do) and also so that all students know that they be called on, repeatedly, at any time.