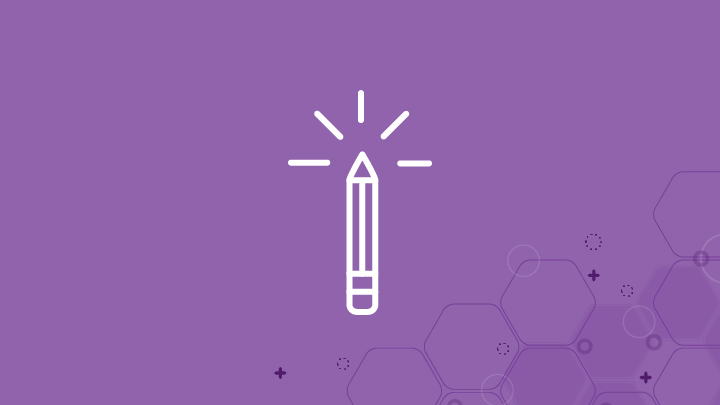 Dana Durado is a 7th grade English Language Arts and Social Studies Teacher at Diamond View Middle School in Susanville, California. Afrika (Afeni Mills) was Dana’s Personalized PD Instructional Coach during the 2015-2016 school year. Dana has been an educator for 27 years. Afrika and Dana recently had the opportunity to explore Dana’s experiences with culturally responsive teaching and learning.

Afrika: How do you define culturally responsive teaching and learning?

Dana: Ninety percent of my students are White, and they have benefitted from learning about the history and experiences of those in this country whose stories are not often included. It’s important not to have a narrow definition of culturally responsive teaching and learning.

I believe that culturally responsive teaching and learning is first and foremost about establishing a classroom culture where it is safe to express and explore different perspectives, learning about the roots of cultural stereotypes, prejudices, and biases by incorporating both multicultural and social justice education into our learning experiences.

We as educators have the opportunity and responsibility to promote cultural awareness and help students develop a growth mindset towards cultures other than their own. In doing so, we are both responsive to the cultures represented in the classroom and inclusive of the history, experiences, and perspectives of those whose stories aren’t always told.

Some think that culturally responsive teaching and learning are simply about acknowledging Heroes and Holidays celebrating people of color, but it’s so much more than that. It’s about expanding on those concepts by exploring why certain historical figures are recognized with holidays, learning about what was happening in the culture at that time they were alive, who were the other people involved, what role they all played. Learning about historical events isn’t enough. We also need to think about how those events affect us today, including what has changed, and what has stayed the same.These learning experiences should call for students to take action. A great example is learning about what’s behind the argument that Columbus Day should not be recognized. Some communities have chosen to acknowledge day as Indigenous People’s Day instead.

Afrika: When did you first begin to engage in culturally responsive teaching and learning?

Dana: I grew up in Anchorage, and although my family was very accepting of different cultures and I was brought up to be respectful of differences, I remember there being some prejudice against Black people and the native population in the community. I had questions about the unconscious biases that existed even in what felt like an accepting community, and I continued to have those questions as I began teaching.

Early in my teaching career, I noticed, for example, that some of my students were using the word colored when referring to people of color. I realized that they needed to learn more about people of different cultures, so I contacted community members to come to the school to share about their cultures. As I organized that event, I began to learn so much myself. For example, connecting with people by visiting their homes was far more successful than making phone calls. I learned how to respect the norms, traditions, ways of being of cultures that differed from my own.

Afrika: When you and I were working together during the 2015-2016 school year, you shared about civil rights projects your students engaged in. Why did you choose this focus for your students?

Dana: During the 2014-2015 school year, I had my students watch Channel One news on a daily basis. The students began to ask more and more questions about events from the daily news shows, and I was surprised that they many of the students had never had any exposure to historical events such as the Holocaust and the Civil Rights Movement. As a result, I decided to create a unit that went into depth about these events.

My students learned about the Civil Rights Movement as part of our “Heroes in History” theme for the year. We used resources from Teaching Tolerance to learn more about the civil rights leaders we don’t often hear about.Three of my students ended up presenting the documentaries they created to the school board. One of my students even posted the documentary she created about Medgar Evers on YouTube (link to the Medgar Evers documentary). I noticed how deeply engaged and interested the students were in learning about the civil rights movement, so I decided to continue that project with my students during the 2015-2016 school year.

The students had the freedom to research a specific person, an event, or group.  I was completely open to any aspect of the movement that the students wanted to dive into. The students then created a mini-documentary or a powerpoint to present their projects.

Their mini-documentaries and PowerPoint presentations focused on Brown versus the Board of Education, and people like Harry Belafonte, Jackie Robinson, James Meredith, Jesse Jackson, Maya Angelou, Nelson Mandela, Jackie Ormes, and Sojourner Truth. Students saw the value of learning about different experiences and perspectives, and the positive impact it had on their relationships with classmates of different racial backgrounds was remarkable. It definitely led to much more interracial understanding in our class.

Afrika: How did our coaching sessions impact this work with your students?

Dana: Our coaching sessions were so amazing. Our discussions really taught me how to not only reflect upon my teaching at a much deeper level but also how to then further implement different lessons that would build upon those reflections. To have feedback and direction from a different perspective was such a powerful tool for me.

Afrika: What has surprised you as you’ve engaged in this work?

Dana: Although my students have researched civil rights leaders and events when I teach my students about the geography of other countries through the Passports to the World unit, I haven’t included a focus on the cultures of the countries. Typically I address location, region, place, movement, human-environmental interaction, but I’d like to incorporate more research about the cultures represented in the countries we learn about.

Afrika: What inspires you as you to do this work?

Dana: I am so excited by the level of students’ interest, investment, engagement . . . their changed mindsets and perspectives. There is a definite shift in student awareness of what people have gone through in this country and around the world.

Students develop empathy by learning about what’s happening in places outside of our community, like the hurricanes that impact other parts of the country, and about political issues like the debate over building a border wall between America and Mexico. One student, for example, said he agreed that we needed a border wall to keep “them” out. I challenged him to state his claim and back it up with evidence. When another student asked about what our response should be if someone tries to come to America to escape danger, it made the other student reconsider his position. Students need to have the opportunity to think about issues from other perspectives.

In addition to experiencing the positive impact on me and my students, Rita Pierson’s TED Talk – Every Kid Needs a Champion taught me about the importance of building relationships with my students. Linda Cliatt-Wayman’s TED Talk – How to Fix a Broken School introduced me to the slogan, “So what, now what?” As teachers, we need to eliminate excuses and be intentional as we create the best supports for students.

Afrika: What are your next steps as you continue to engage in culturally responsive teaching and learning?

Dana: There’s a four-week rotation of enrichment and intervention time where I can choose what I want to teach, and my school’s librarian shared that there are new civil rights resources. I can use that time to build on what we’ll be learning in ELA and social studies. I want to engage students in thinking about social justice, so I’d like to incorporate documentaries like Ava DuVernay’s 13th, if possible, so we can learn about and discuss the history of enslavement in America, and its impact of race on our justice system and mass incarceration of people of color. I also want to explore concepts with students, like tolerance and prejudice. The word tolerance, for example, could give students the impression that we’re encouraging them to merely put up with or endure once another instead of genuinely understanding, accepting and supporting each other.

These topics that we discuss are hard topics, so I want to continue to be thoughtful about how to best prepare students to engage in this learning. For example, students can engage with artistic, creative images as a way of entering into this space of exploration and discovery as they prepare for the hard work of taking down barriers.

Afrika: I am so inspired by the work that you do with your students, Dana. Thanks so much for taking the time to share your story with me. 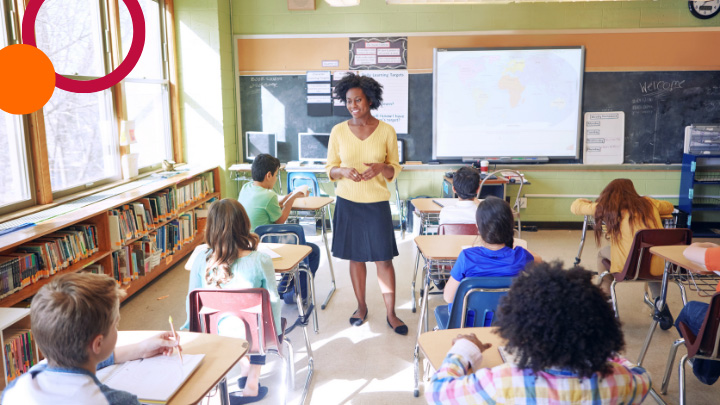 How Can Educators Create a Learning Space for Difficult Subjects? 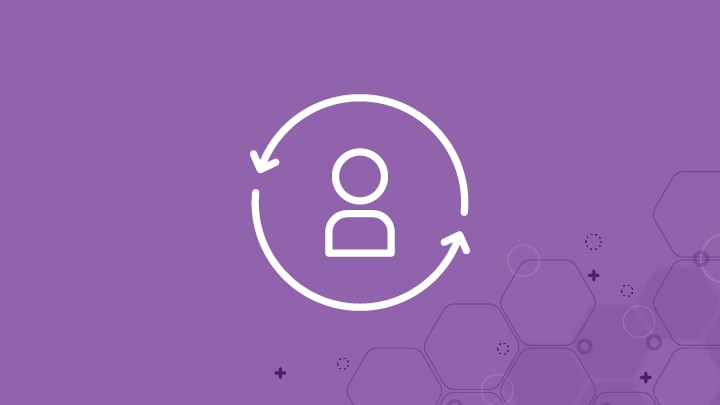 Understanding Our Own Implicit Bias: 5 Tips to Becoming a More Reflective Educator 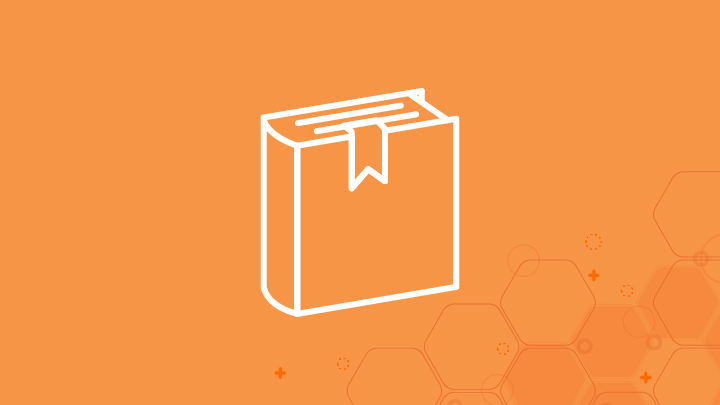