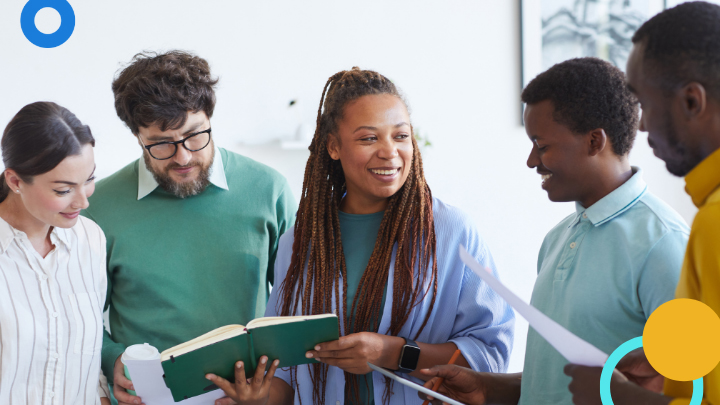 I knew that moving from Brooklyn, New York to attend college in Big Sandy, Texas was going to be a culture shock for me. Transferring from the multi-racial, multi-ethnic Brooklyn College campus where I was part of a student body of thousands to the small private college in East Texas with hundreds of mostly White students was bound to be a very different experience. I expected, for example, to need to continue relying on my subscription to Essence magazine to regularly see women who looked like me, and I didn’t expect the campus store to carry the hair and skin products for people with hair and skin like mine. What I didn’t anticipate, however, was for White students at my school, when discussing Black History Month to ask, “Why don’t we have a White History Month?”

As I think back, this question really shouldn’t have surprised me. Most of what I learned about Black History came from my parents, and from my African American History class during my sophomore year in a private high school. Most content explored in social studies and historical texts that focus on U.S. History does not center the histories, experiences, contributions, and perspectives of Black, Indigenous, and People of Color (BIPOC), so any focus that transforms the typical narrative can cause cognitive dissonance for White students, to the point where they believe something is being taken away from them. It can be hard for them to process the inclusion of other people even though they continue to experience societal advantages and privileges. We have the opportunity to create a different experience for our students by reimagining our approach to Black History Month this year.

Here are four considerations as you reimagine Black History Month:

Students should understand the history of Black History Month.

What we have come to know as Black History Month was created by historian Carter G. Woodson in 1976 and began as Negro History Week in 1926. Dr. Woodson was the founder of the Association for the Study of Negro Life and History (ASNLH) in Chicago. Woodson chose the month of February because it was the same month as the birthdays of Abraham Lincoln and Frederick Douglass (note: February was the month Douglass chose to celebrate his birthday, as he had been enslaved and wasn’t quite sure when he was born). Although Abraham Lincoln’s views and decisions regarding slavery and the enslaved are far more problematic than we tend to discuss, Lincoln’s Emancipation Proclamation has been largely celebrated as a critical step toward ending enslavement.

Black History Month should not be the only time you include the history, accomplishments, and contributions of Black people.

“White privilege is your history being part of the core curriculum and my history being taught as an elective.” This quote from Jose Del Barrio is one of the most powerful quotes I’ve read about how history is typically taught. Black History is U.S. History, and the message we send when we isolate the study of the lives and contributions of Black people to one month of the year or make the content optional is that Black lives don’t matter as much. In essence, we send the message that all lives don’t matter.

It’s important for students to know that a celebration of the lives and contributions of Black people should be part of the content students engage with throughout the year, in all grades, and in all content areas. This is not only true in school communities where there are mostly Black and Brown students, but in all learning spaces.  And we must be sure to engage students in a study of accurate history. Despite the popularity of the statement, we are not all a nation of immigrants, and to refer to enslaved Africans as workers in student texts is a form of curriculum violence. Implementing strategies like Integrating Inclusive Content can provide students with the opportunity to learn to appreciate Black lives.

Black History Month is a great time to acknowledge the contributions of Black people who are not typically acknowledged.

Black History Month provides an opportunity for students to begin to learn about people beyond Harriet Tubman, Rosa Parks, and Martin Luther King, Jr. They need to learn, for example, about those who resisted enslavement and went on to become abolitionists like Lewis Hayden, William and Ellen Craft, and Henry “Box” Brown. Lewis Hayden escaped enslavement, learned to read and write, and composed a letter to his former “owner” which begins, “Sir, you have already discovered me absent . . .” He goes on to state, “I am now sitting with writing implements in my hand and have been already at school,” and concludes the letter by sharing that he intends that his own little son

should be able to “write his own pen at the instance and impulse of his swelling soul.” Hayden and his family were part of one of the most active free Black communities in the country, and his home on Beacon Hill in Boston served as a refuge for hundreds of formerly enslaved people seeking freedom on the Underground Railroad. William and Ellen Craft planned and executed one of the most innovative escapes from enslavement in 1848. Ellen, as a fair-skinned Black woman, pretended to be a White man, and William pretended to be her servant as they fled on a four-day journey from Georgia to Philadelphia. Henry “Box” Brown escaped enslavement by arranging to have himself mailed in a wooden box from Virginia to abolitionists in Philadelphia in 1849.

Considering that enslaved Black people have often been depicted as being accepting of their captivity, and the paternalistic view that they were even grateful for it, it’s important to teach students about resistance to enslavement, like the revolts of Denmark Vesey and Nat Turner.

If teachers choose to teach students about Tubman, Parks, and King, it would be helpful to explore their contributions beyond the usual surface-level content. Students can learn, for example, more about the effort to replace Andrew Jackson on the $20 bill with Harriet Tubman, and teachers can connect this lesson to a study of White Supremacy of American Currency. Educators can go beyond Martin Luther King, Jr.’s I Have a Dream speech to exploring the critical matters he addressed like economic injustice and income inequality, as well as the FBI surveillance of Dr. King. Teachers can teach students about how Rosa Parks’ activism began at a desegregation workshop at the Highlander Folk School in Tennessee long before her refusal to give up her seat on the bus in December 1955, and this nonviolent act of resistance was preceded by Claudette Colvin‘s refusal to give up her seat on a bus nine months prior. Students should learn about Bayard Rustin who was the Deputy Director of the March on Washington for Jobs and Freedom and a key advisor to Martin Luther King, Jr.

Black History Month should not only focus on suffering and racial oppression.

While it is imperative that students have the opportunity to learn about the often erased history of Black people in the United States, we need to be careful not to focus solely on how Black people suffered during enslavement and under Jim Crow. Students need to learn about the African civilizations that pre-existed enslavement – the kingdoms of Ghana, Songhai, and Mali which was the home of Sankore University in Timbuktu – believed to be the first university in the world! They need to learn about Black Wall Street which was a thriving Black community in Tulsa, Oklahoma in the early 1900s before it was bombed and burned by a racist mob (historians estimate that the death toll may have been as high as 300).

It’s important to be sure to explore the recent accomplishments of Black people so that we don’t give students the impression that the contributions of members of the Black community are only historical. Black History Month can be a good time to explore the work of people like Dr. Kizzmekia Corbett, the key scientist behind the COVID-19 vaccine, Ava DuVernay, the filmmaker behind documentaries, films, and shows like Selma, 13th, When They See Us, A Wrinkle in Time and Queen Sugar, Amanda Gorman, the youngest inaugural poet in U.S. history, and the artistry of people like Kadir Nelson, and groups like Alvin Ailey and Step Afrika!

The lives, scholarship, creative genius, inventions, music, cuisine, celebrations, ideas, literature, spoken word, observations, and accomplishments of Black people as well as the contributions to theater, science, cinema, sports, fashion, and dance are worthy of celebration. The National Museum of African American History and Culture does a wonderful job of capturing a holistic story of Black people in the United States, and there are virtual exhibitions and online collections available to explore on their website during the pandemic.

My hope is that in your classroom, Black History Month is part of a continued celebration of the contributions, lives, history, struggles, and triumphs of Black people that extends beyond the month of February. It takes all of us to resist anti-Black, deficit narratives, and to teach our students to do the same.

Consider participating in the Black Lives Matter at School Week of Action and Year of Purpose. As the Assata Shakur quote shared on that website states, “It is our duty to fight for our freedom. It is our duty to win. We have nothing to lose but our chains.” 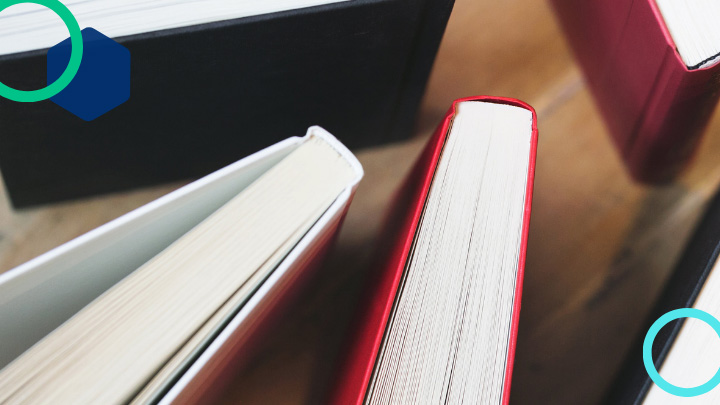 Juneteenth: Unlearning an Incomplete History of the United States 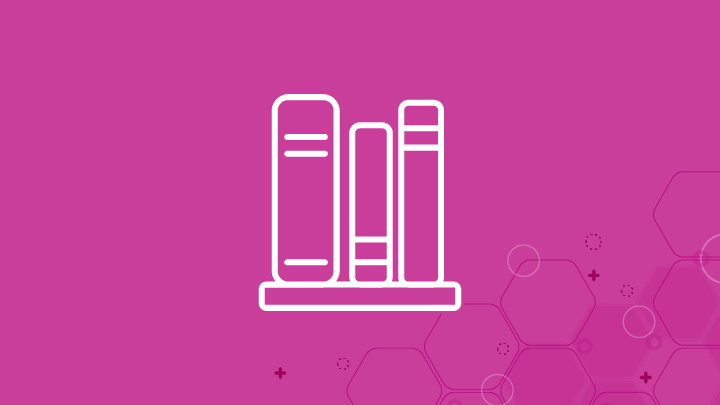 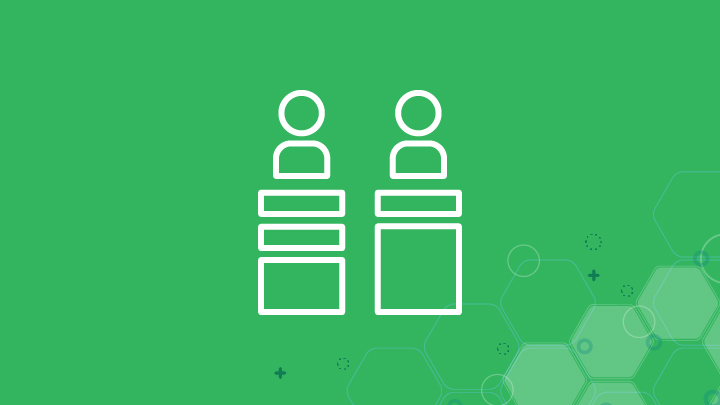 Leading Equity Work in Your District